Seeds of Success: The Oliphant Family

Like many young families in their 30’s, Beth Ann and her husband Joe found themselves eager to start their family. While Beth Ann knew how infertility had impacted friends, her own story of parenthood was just beginning.

When the couple noticed difficulty getting pregnant, and eventually experienced a loss, they decided to follow the advice of a friend and made an appointment at RADfertility.

Reflecting on making the decision to move forward with the appointment, Beth Ann remembers thinking of her parents’ mindset about infertility. “What is meant to be, is meant to be,” they would say. But that wouldn’t be her story. She was determined to dig deeper, and through years of highs and lows, her family would not only write their own story, but also help others going through infertility write theirs too.

Beth Ann and Joe started their journey with RADfertility in 2010. Beth Ann, already in her early 30’s, was growing increasingly anxious knowing that as women get older their chances of getting pregnant steadily decline. But her first visit with RADfertility gave her the hope she needed.

Dr. Barbara McGuirk discussed the next steps to find out what was going on and the pair talked about the importance of a healthy diet. 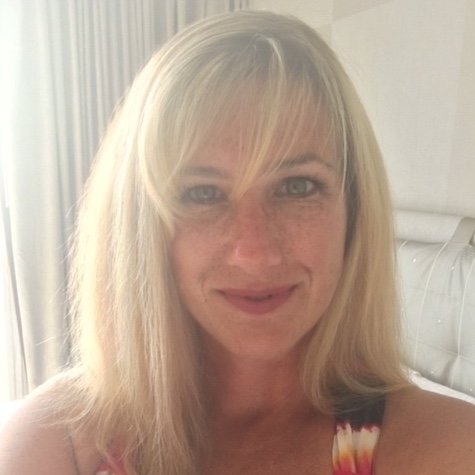 “I got the impression that Dr. McGuirk was a firm believer that what you put in your body affects everything in your body.”

Beth Ann was diagnosed with having mild endometriosis and polyps through hysteroscopy and underwent laparoscopic surgery to correct the issue.

After the surgery, Beth Ann went on medication to increase ovulation, but when her husband got deployed, she decided to stop all the medication. Upon Joe’s return, Beth Ann became pregnant spontaneously and nine months later, in February of 2012, a healthy boy, Briton, was born. 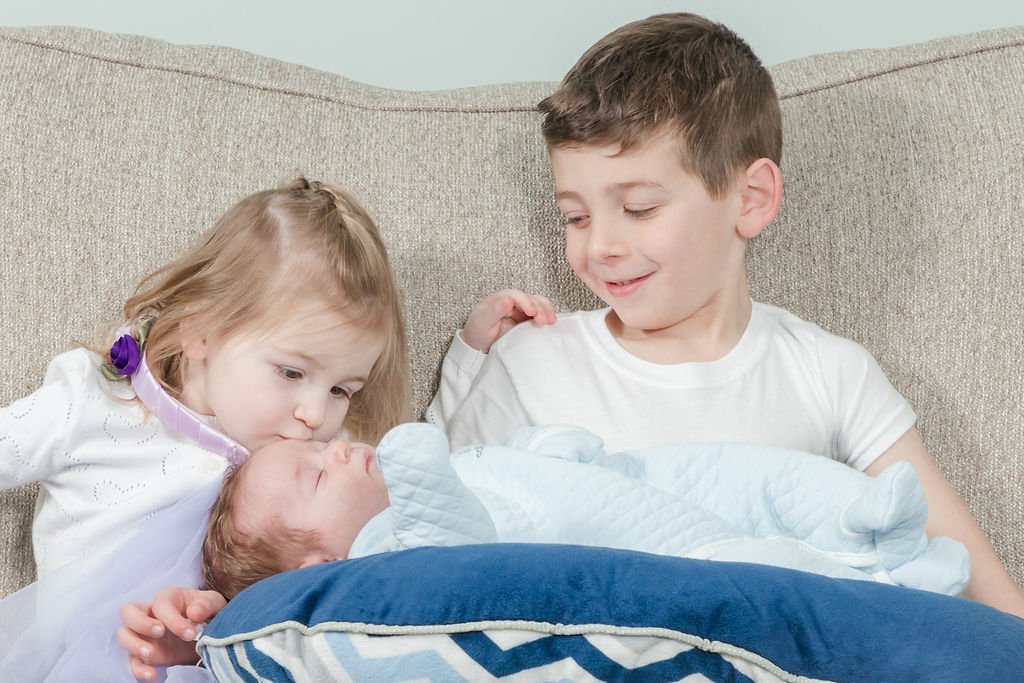 Briton and Amelia with their younger brother, Judah

Around Briton’s first birthday, Joe Oliphant was away again but this time for a two-year pilot training. Beth Ann went on Clomid and scheduled visits with Joe around ovulation. However, after three rounds of the medication, the couple found themselves unable to conceive again. Remembering what had worked with Briton, the Oliphants decided to return to RADfertility.

At that appointment, an IUI cycle was suggested, but it ultimately didn’t result in a pregnancy. The next step was IVF.

For most, making the decision to undergo a more advanced treatment such as IVF is considerable, but Beth Ann and Joe tried to remain positive and excited as they moved forward.

Sadly, their first embryo transfer did not take. A light at the end of the tunnel came during the couple’s second embryo transfer, when they became pregnant with Amelia, and welcomed her to the world on November 25, 2016.

When an invitation to join an online fertility support group arrived in her Facebook notifications one day, Beth Ann found herself intrigued. For years, she had faced infertility, but found it difficult to find other women to connect with over some of the most difficult parts of her journey. This new Facebook group, was a growing network for women to discuss infertility openly, and share their stories in the hope of providing support for each other. Beth Ann accepted!

“Facebook support groups are phenomenal and I feel like a lot of the women on them are in the early stages – some are just getting ready for transfers or just had a transfer, or they just started their fertility journey. It’s kind of neat because I get to relive it a little bit and think about my own journey and share with them encouraging thoughts or my own experiences.”

A Family of Five, Hoping To Help Others

Beth Ann reminisced about the birth of her third child, Judah. “I was a little hesitant before Judah because I had two losses before two pregnancies so I thought this was a pattern my body was on.” But this time proved to be different and Beth Ann’s embryo transfer was successful. 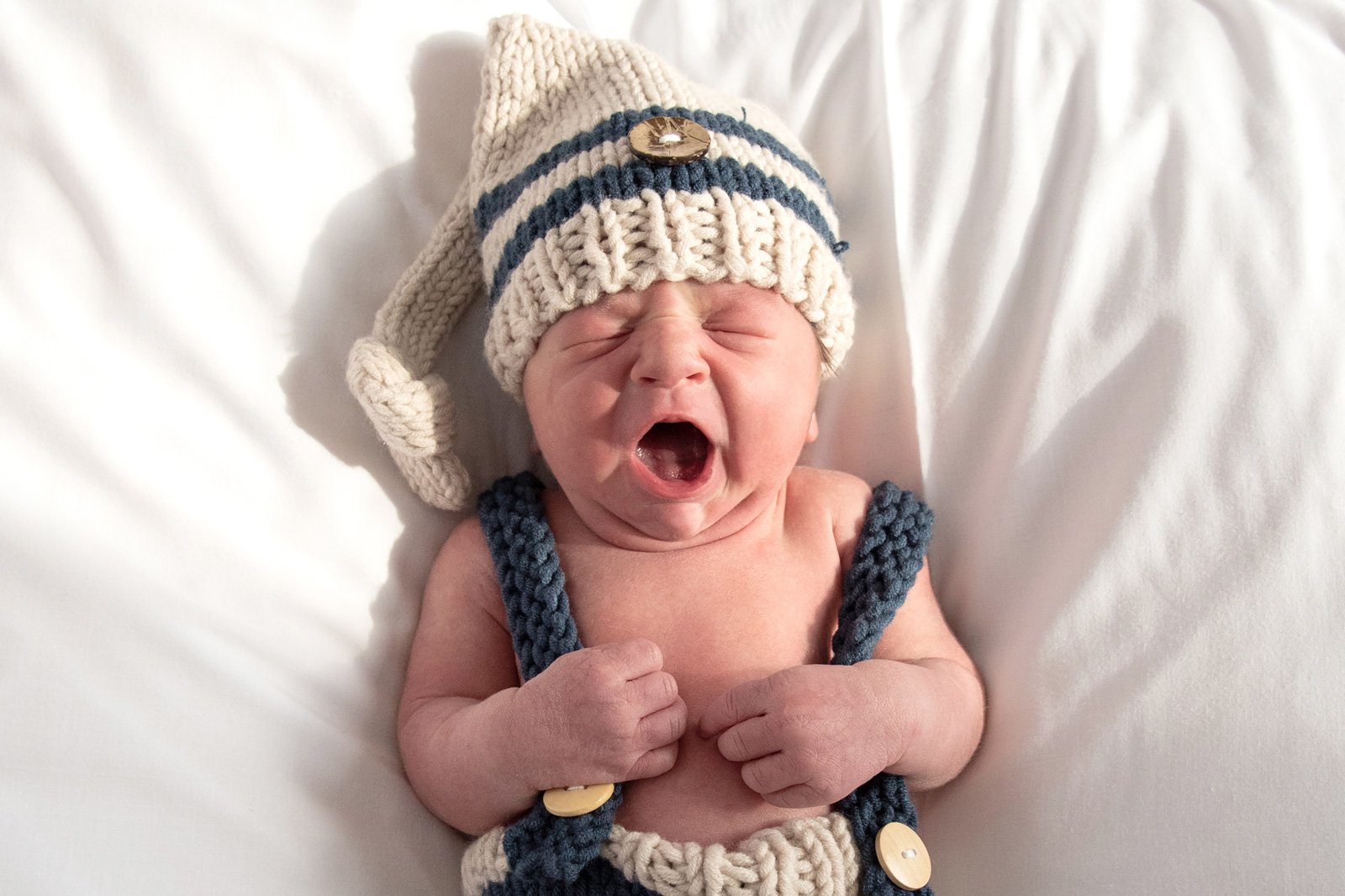 “Judah was born January 24, 2019. My husband was away at military training. I got to pull him out and cut the cord!”

After Judah, Beth Ann and Joe were faced with the difficult decision of what to do with extra embryos in storage from their IVF cycle. It was a lot to consider, but the couple was leaning towards donation.

Beth Ann acknowledges, “It’s kind of weird when you think your biological children could be out there somewhere.” However, when the time came, she explained to Joe that she had come to terms with making the donations because it would give other couples suffering with infertility the chance to create life. The chance to at least carry a child. Beth Ann appreciates that science has made it amazingly possible for her to have the option to carry her own child, but also to offer that same experience to another woman.

The Oliphants donated a total of 11 embryos that went to three different families.

“The greatest thing we could do for somebody is to give them a baby.”

Reflecting on the RADfertility team that supported her during her journey, Beth Ann describes everyone as being “phenomenal.” She stated that staff acted like family who are happy to see you, listen to what you have to say, and keep in touch.

“They are the ones that understand completely what you are going through. They explain things in layman’s terms. It’s a big group, but it doesn’t feel like a big group. Everybody that works there is passionate about what they do.”

For women who are facing fertility challenges but don’t know where to start, Beth Ann recommends RADfertility because of their professionalism and personalized treatment of each woman.

Beth Ann tells women to “Just go and listen, bring your questions, be patient and trust the process.” 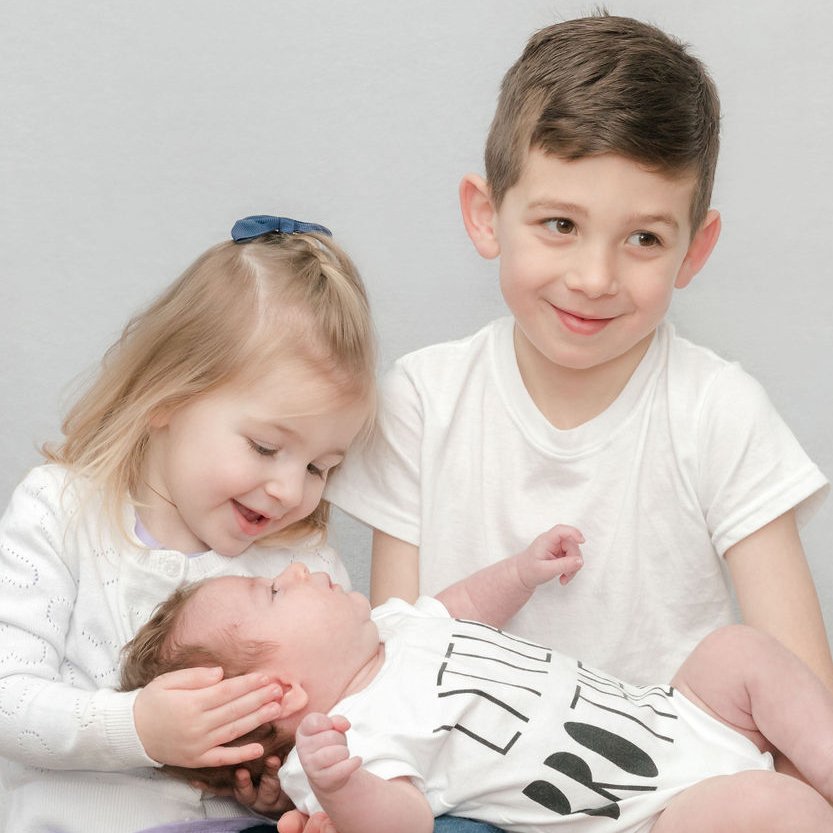 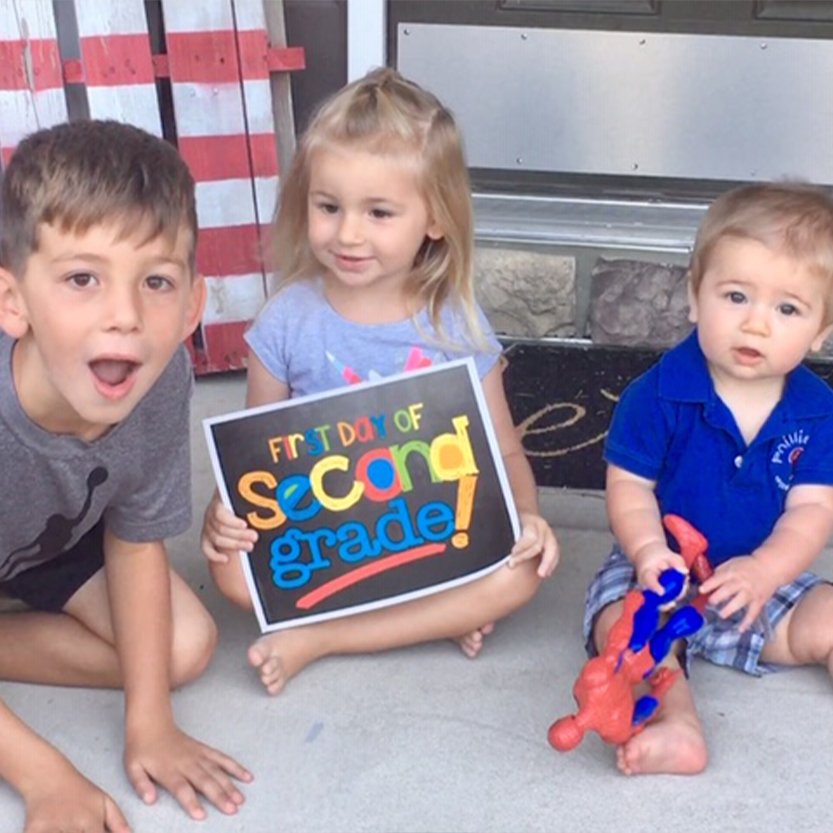 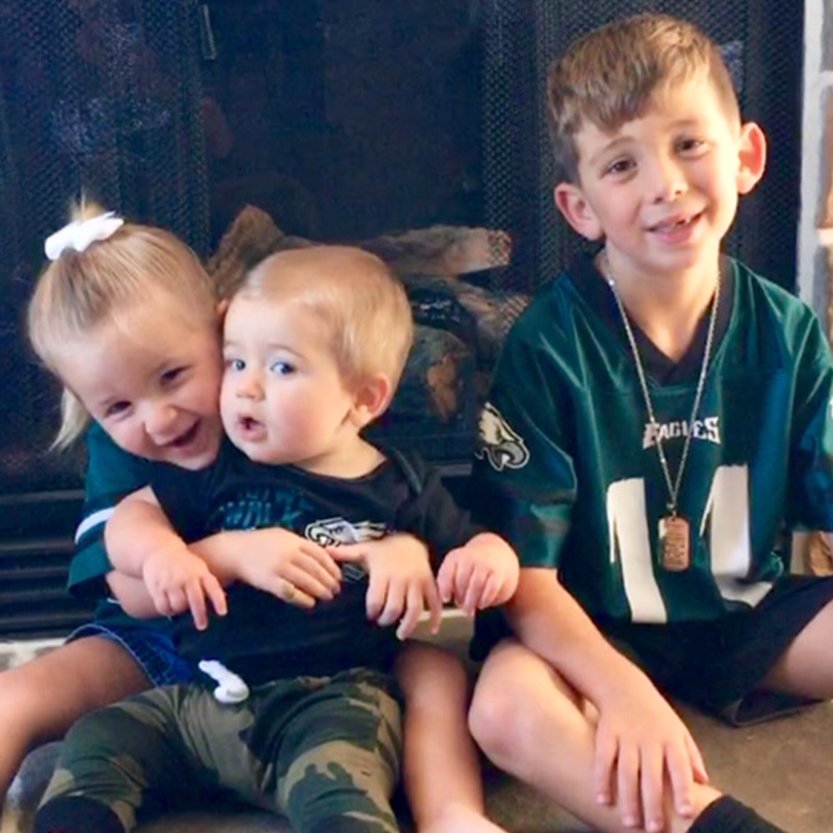 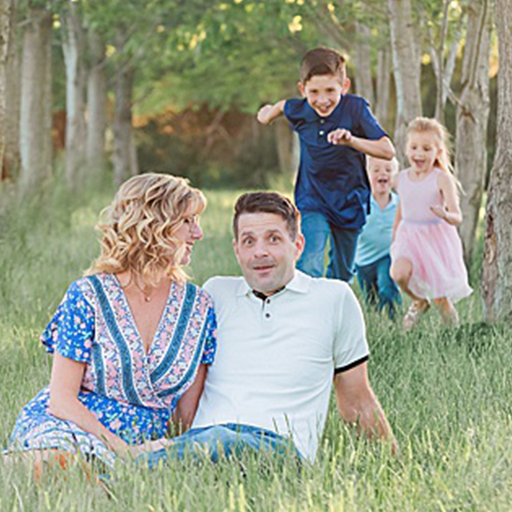 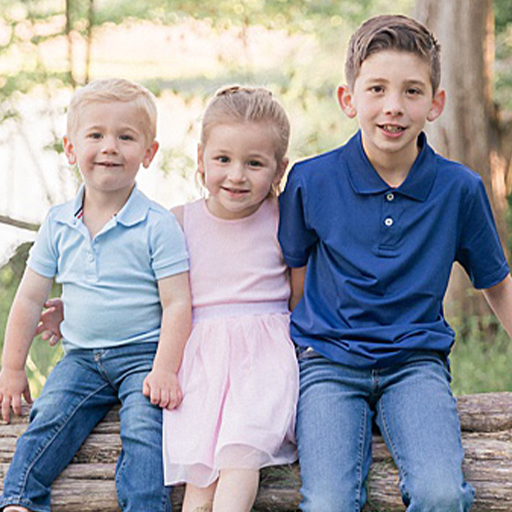 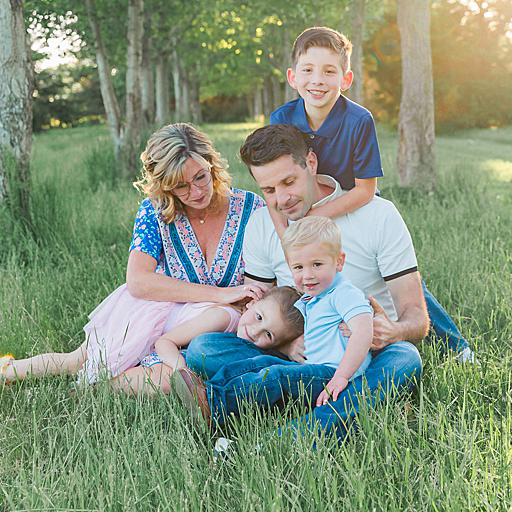