Seeds of Success: The Metcalf Family

After spending four years on their family building journey, Tricia and Cody felt like they weren’t having good luck. The couple kept hearing the words, ‘unexplained infertility’ and were left without answers from their fertility specialist. “I felt in my heart that there was a little bit more than that,” Tricia shared, “so I started to search online and came across RADfertility.”

Familiar with the world of fertility treatment acronyms, Tricia endured two intrauterine insemination (IUI) cycles and 2 in vitro fertilization (IVF) cycles with another practice. “My insurance covered three IVF cycles so I only had one more cycle left covered under insurance,” Tricia said. “It was my last chance; I knew it was time to seek a second opinion.”

Tricia scheduled an appointment at RADfertility’s Dover office in the Eden Hill Medical Center. From the couple’s home in Pocomoke City, Maryland, it was a 2.5-hour drive to Dover and RADfertility’s Newark location was even further. 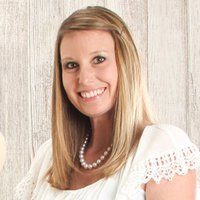 “There were other clinics a bit closer that I found, but I felt led to go to RADfertility.”

On October 5, 2015, Tricia and Cody had their first appointment with Dr. George Kovalevsky. During this visit, Dr. Kovalevsky listened intently to their concerns and affirmed one of Tricia’s underlying suspicions. “He talked about the possibility of endometriosis and what could be done with surgery,” Tricia said. This was the first time the couple heard ‘surgery’ on their fertility journey so they continued to discuss next steps.

Dr. Kovalevsky’s statement at the end of the visit is something Tricia will never forget. “And I remember at the end, he said, ‘if all goes well, in March of next year, you could be pregnant.’” This positive statement along with the hope of a diagnosis was exactly what Tricia and Cody needed.

From Unexplained Infertility to an Endometriosis Diagnosis

Tricia and Cody decided to move forward with the testing and evaluation portion of their plan of care, known as the work-up process. The work-up is part of the diagnostic treatment process at RADfertility and involves a physical exam and ultrasound, followed by prenatal lab work for both male and female partners. The physician uses this information to create an individualized treatment plan based on their recommendations and the patient’s goals.

Dr. Kovalevsky reviewed the results from the couple’s initial testing and prepared Tricia for the next step on her journey. They scheduled a hysteroscopy and laparoscopy for November 12, 2015, to examine Tricia’s cervix and the inside of her uterus. RADfertility’s team approach meant that Dr. Barbara McGuirk, Director of Reproductive Surgery, worked side-by-side with Dr. Kovalevsky for Tricia’s procedure at the Delaware Outpatient Center for Surgery (DOCS). Laparoscopic surgery is the only way to confirm endometriosis. This surgical technique also allows our physicians to treat endometriosis within the same procedure.

“They did find endometriosis and it was pretty bad in there,” Tricia recalled, “It was holding together my bowels and other organs.” Dr. McGuirk and Dr. Kovalevsky found and treated Stage I/II endometriosis. 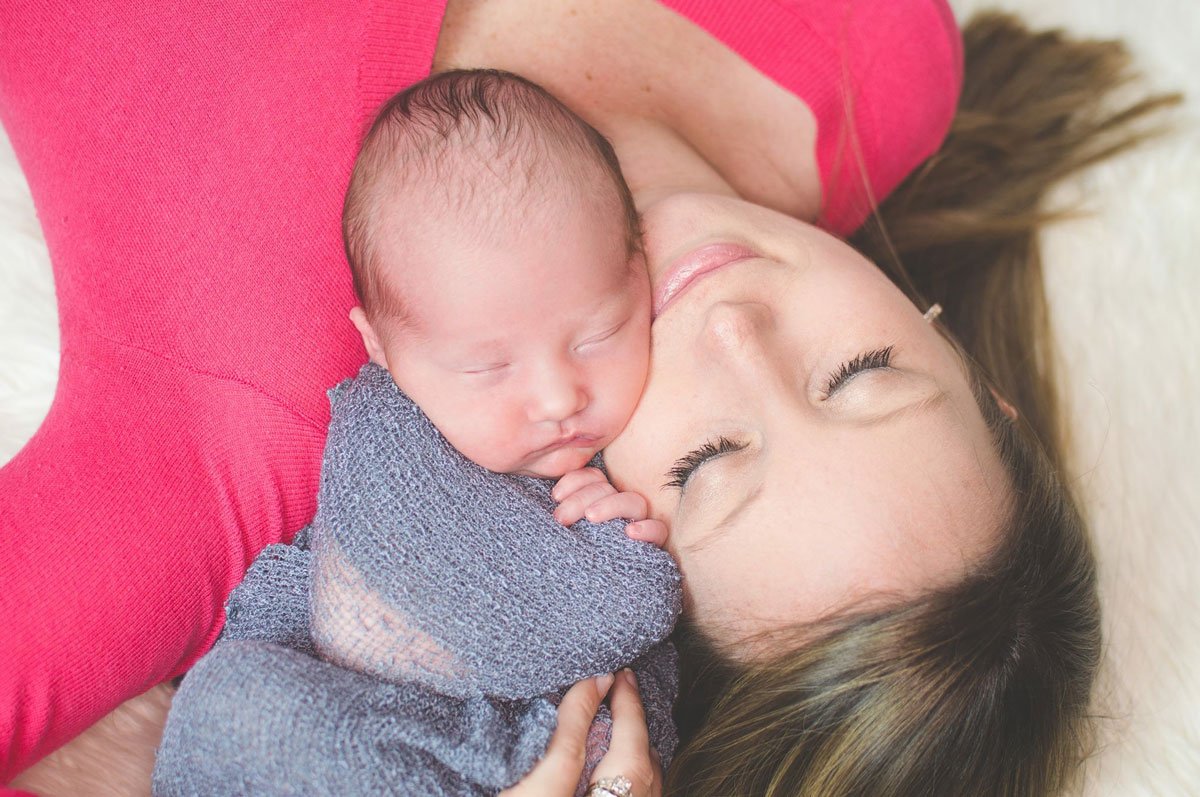 The Tides Began To Turn

With a diagnosis and more answers for their fertility challenges, it was time for Tricia and Cody to prepare for an IVF cycle. While it was their first cycle with RADfertility, this cycle represented the couple’s third IVF cycle. Tricia was familiar with the steps and one of the hardest parts was battling the thoughts in the back of her head, “I was nervous and kept having that fear that it didn’t work before, it is not going to work now.”

The tide turned for the couple during their January 2016 cycle when they participated in the IVF For Me™ program at RADfertility. IVF For ME™ incorporates preimplantation genetic testing for aneuploidies (PGT-A), a tool used to identify which embryos have a complement of 46 chromosomes and significantly increases the likelihood of pregnancy. After Tricia’s egg retrieval, the couple also decided to place their fertilized embryos in the EmbryoScope®, a time-lapse camera, microscope, and incubator. RADfertility’s Genetic Counselor, Stephanie Hill, delivered the PGT-A test results to the couple which revealed two healthy, euploid embryos.

It was now March of 2016 and Tricia couldn’t help but think about Dr. Kovalevsky’s comment during that first appointment, ‘if all goes well, in March of next year, you could be pregnant.’ Tricia and Cody’s first frozen embryo transfer was successful and this comment represents a special memory in the couple’s journey. “I always refer to that first appointment,” Tricia said, “I love telling people about it.”

The couple encountered one scary bump in the road during their first trimester pregnancy when Tricia started bleeding. Dr. Kovalevsky had her come into the office and confirmed the baby’s heartbeat and ensured the pregnancy was progressing well. Tricia recalled, “The love that the staff showed during that appointment was really helpful.”

“At RAD, the easiest part of treatment was going to all of the appointments because the staff made you feel like family. I was happy to go and see everybody, they were so uplifting.”

Asher Andrew Metcalf was due on Christmas Eve, but arrived 3 weeks early on December 3, 2016. The elated couple reflected on their path to parenthood, “For the first 4 years of our journey, we isolated ourselves,” Tricia shared. “Then, we opened up to people in our church and there were people all over the United States praying for us.”

Tricia has fond memories of the RADfertility team, “They were very personable – not like any other doctors. We felt like we were part of their family and they loved us through the whole process.” Tricia and Cody are excited to return to RADfertility someday to continue building their family with their remaining frozen embryo. 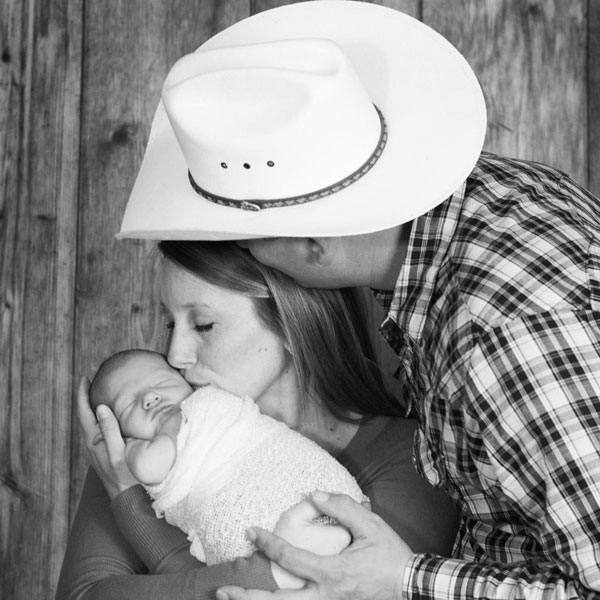 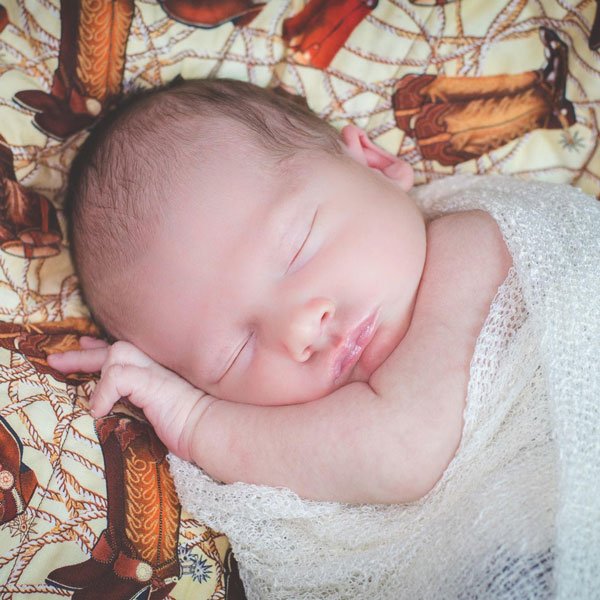 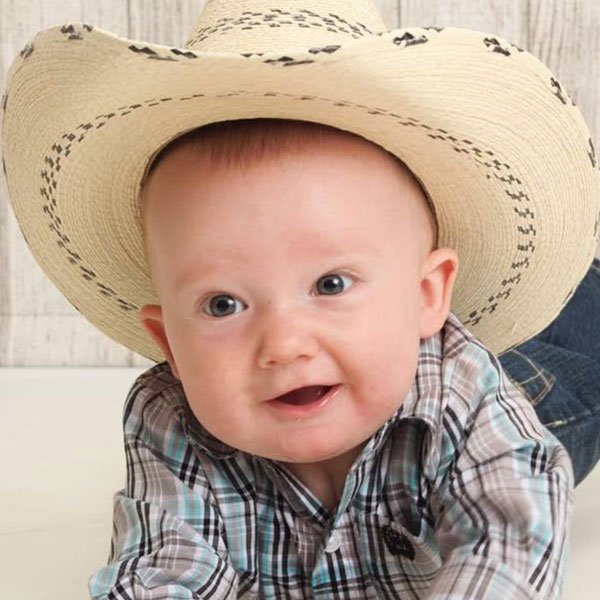 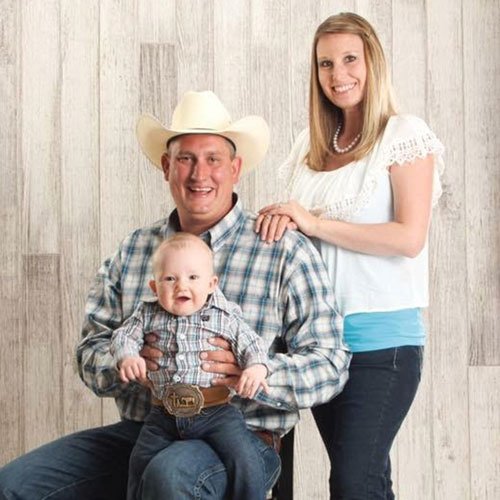 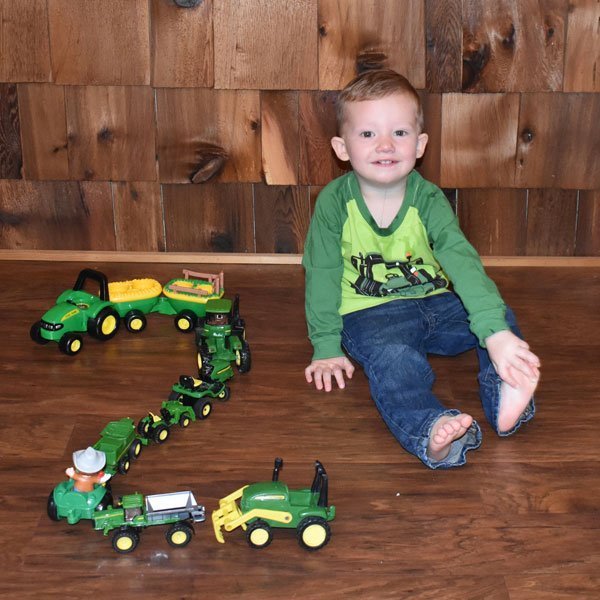 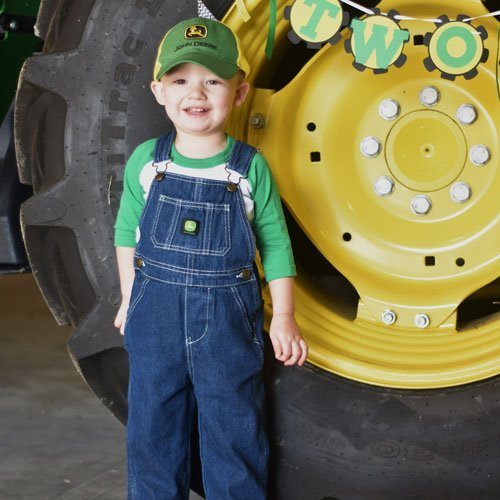 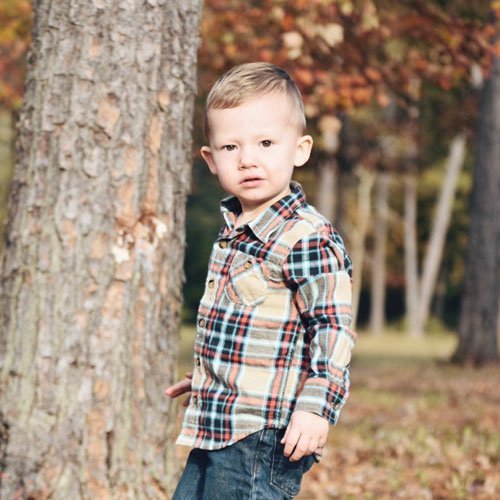