Seeds of Success: The Heller Family

Jackie Heller, a music teacher from Newark, Delaware, had always dreamed of having the perfect little nuclear family. However, already in her late thirties, Jackie’s plans weren’t going exactly as she had imagined. Despite the circumstances, her dream to become a mom remained alive and strong.

She says, “I reached an age where I was tired of dating and bad relationships. I really wanted that husband-mother-child family structure that you think everyone has. I think at some point I realized having a baby was more time-sensitive and more important.”

She decided it was time to finally start her journey to motherhood but going through the process without a partner was intimidating and she wasn’t quite sure where to begin. A close friend, who was a patient of Dr. Adrienne Neithardt, gave her the push to make an appointment at RADfertility to get more information about becoming a single mom.

She was afraid of what they might think of her decision to become a single mom, which made her nervous about her first appointment. However, she was pleasantly surprised to discover that this was nothing new for RADfertility.

She says, “It was hard for me thinking, ‘What are they going to think about what I’m doing? Have they seen this before?’ For me it was more like, ‘Am I the first one to do this? Is this weird?’ And it wasn’t at all. It was completely…you know…another day.” 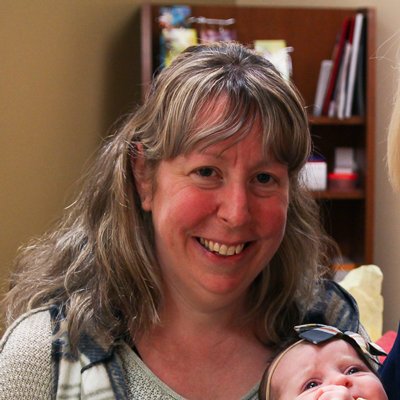 “I reached an age where I was tired of dating and bad relationships. I really wanted that husband-mother-child family structure that you think everyone has. I think at some point I realized having a baby was more time-sensitive and more important.”

Jackie immediately felt comfortable at her first appointment thanks to the staff. She was able to gain loads of useful information and even made a second appointment, something she hadn’t anticipated doing.

“I’m probably the biggest baby when it comes to needles and blood work and all that kind of stuff,” she says. However, she knew that she was in good hands from day one and decided to go for it.

She felt most comfortable with RAD Nurse Practitioner, Sue Carr, and really connected with her during her HSG test. At her following appointment with Dr. Neithardt, Jackie mentioned that Sue was her “favorite person.” Dr. Neithardt went the extra step and asked the patient coordinator, Mari, to book her next appointment with Sue. This was an act of kindness that she had not anticipated but greatly appreciated.

In The Blink of An IUI

Fortunately for Jackie, her path to parenthood was quick and easy. Since she had no fertility issues, she decided to undergo an intrauterine insemination (IUI).

She says of the treatment, “I had two IUI’s back-to-back on New Year’s Eve and the day prior to increase my chances of success. Dr. Neithardt was my date and I got pregnant!” Although staff had advised her to wait for two weeks to take a pregnancy test, Jackie couldn’t resist the urge to take an early one and was excited when she saw it was positive. She immediately emailed Mari, who told her to come in ASAP for testing. When she arrived, Mari, whom she had formed a close bond with, performed her bloodwork, knowing Jackie had trouble having her blood drawn.

Sue called back with her Panorama (a prenatal screening test with gender results) and was able to not only tell her that she was expecting a healthy baby, but also that she was having a girl, something Jackie had hoped for. “I just cried on the phone with her,” she says of the conversation.

Hayden Heller was born happy and healthy on September 6, 2018! 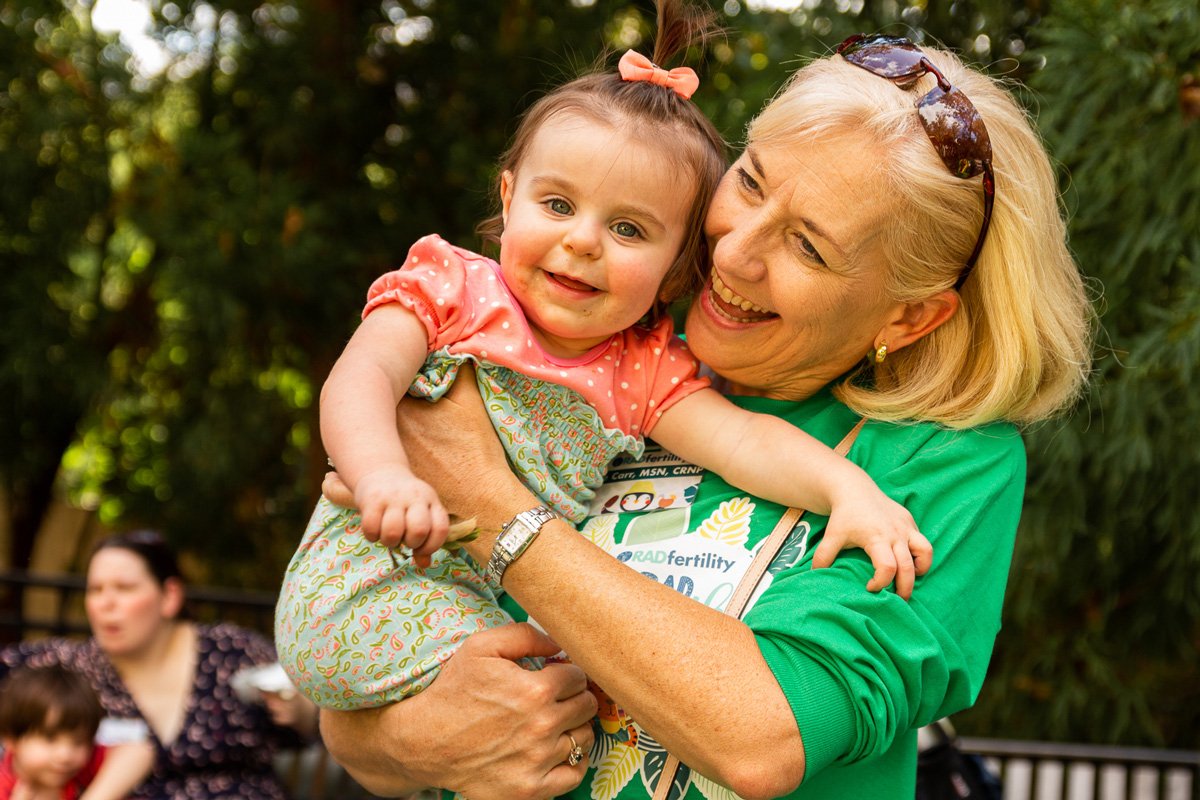 Jackie says that she has been surprised by how supportive everyone was with her decision to become a single mom and that she found the support she needed from the staff at RADfertility and within her community. She’s proud of her story and plans to share it with her daughter, Hayden, as she grows up.

“I think the reason why I am so open to sharing my story is because I also want it to be an amazing story for her. When I tell Hayden about how she came to be, that first appointment is going to be such an important part of the story.” Jackie explains. “It’s hard to be a single mom, but it’s also everything I was hoping for. I think my story is unique but I am hoping maybe if someone sees it or reads about it that maybe it will give them the push to do it.”

She developed strong relationships with the staff at RADfertility and said she cried at her final appointment because she was going to miss their constant support. Jackie is glad that even though the process is complete, her friendship with Sue has continued!

“It’s hard to be a single mom, but it’s also everything I was hoping for. I think my story is unique but I am hoping maybe if someone sees it or reads about it that maybe it will give them the push to do it.”

Advice for Other Women

When asked about what she wanted to share, Jackie stresses that she is proud of this journey and, despite her fear of anything medical, she believes it was all worth it to have her daughter.

Her story is an encouragement to other women who aren’t in a relationship but want to be a mom. Being a single mom doesn’t have to be frightening. With a supportive environment, you can write your own narrative and be able to share your own unique story with your child one day. 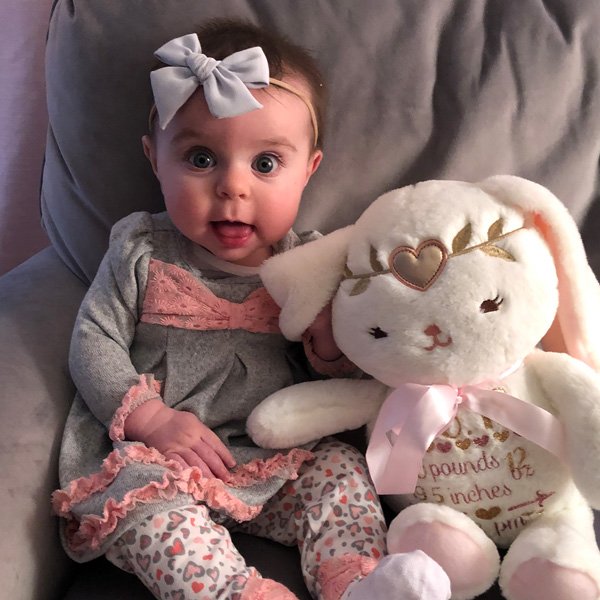 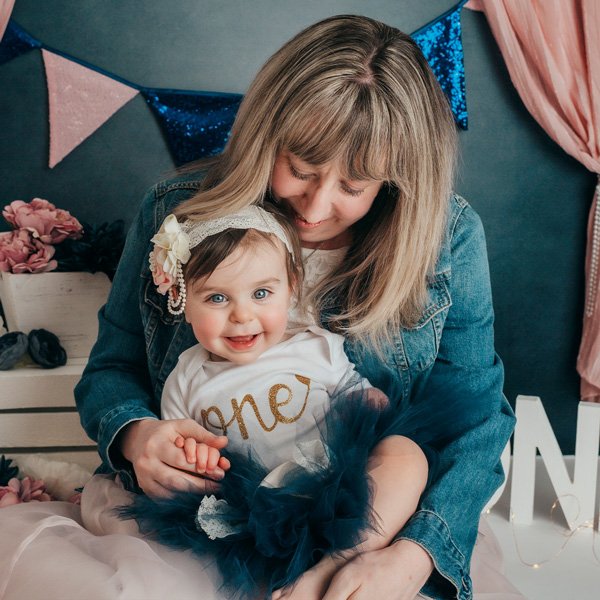 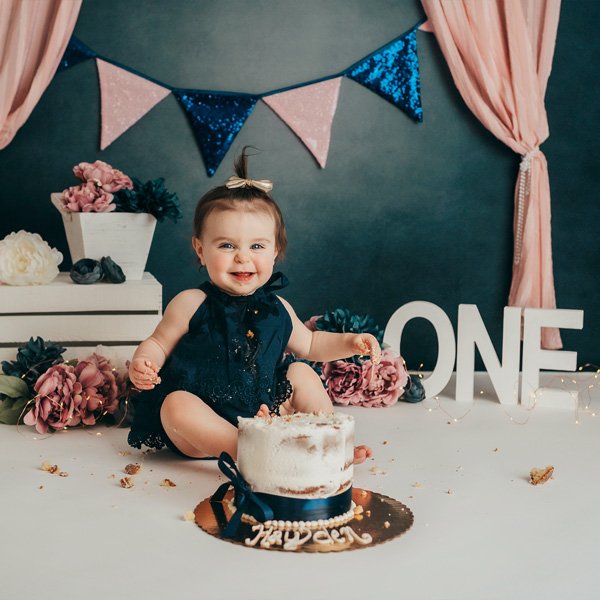