Making a Difference: Footsteps for Maddie

At RADfertility, we understand that infertility can be a very isolating disease to face. It is important to know you are not alone. The purpose of the Making a Difference series is to highlight the dedicated organizations and individuals in the community available to help you on your journey. 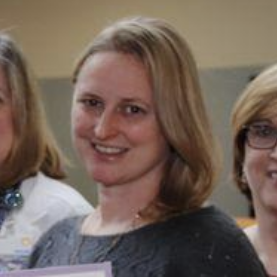 Our community is filled with extraordinary people doing extraordinary things. Since 2018, Footsteps for Maddie has raised over $14,000 to support the Bayhealth Foundation’s bereavement program for families who have experienced a loss. The funds were raised through their annual 5k Run/ Walk which also serves as a special remembrance event creating awareness for pregnancy and infant loss. In addition, Footsteps for Maddie was a proud beneficiary of a Gal’s Night Out charity benefit from the wonderful Gals that Give community in July 2019.

We had the opportunity to chat with Christie to learn more about their mission, the meaning behind the name of the foundation and how their 5k came to be! 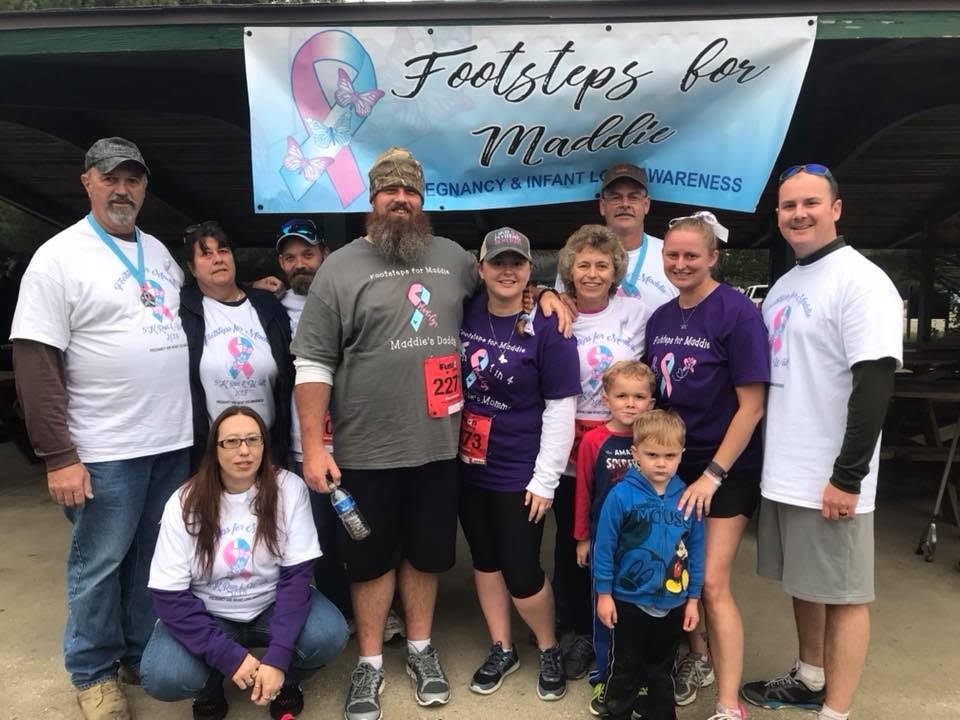 The Footsteps for Maddie Co-Founders (Jody Starke, Shannon Kerpen and Christie Bonniwell) with their families at the Annual 5k Run / Walk.

Can you tell us about the mission of Footsteps for Maddie and the services they provide?

Footsteps for Maddie raises money and provides resources and awareness for pregnancy and infant loss. We currently donate funds to the Bayhealth Foundation’s bereavement program. This program provides training to hospital staff, a rainbow baby program, and the purchase of products for families who lose a child.

When did you start Footsteps for Maddie and what is the meaning behind the name?

Christie: Footsteps for Maddie was formed in March 2018. The name was given after a Co-Founder’s daughter, Madelyn, and initially designed for the 5K run/walk. Madelyn was born premature at 23 weeks and she was only here for 16 hours before her passing. As Madelyn’s aunt, I wanted to honor her so I came up with the idea of holding a 5K. After talking with race companies and bank institutes, they said it would be easier to run these fundraisers under a non-profit. After much thought, we decided this was our best option, given we could hold many fundraisers, get our mission out, and honor Maddie.

What programs have been initiated through Footsteps for Maddie for hospital staff to learn how they can help families?

Christie: The Bayhealth Foundation is able to provide national level training to their staff from the funds that Footsteps for Maddie is providing. The training is provided to nurses in the labor/delivery floors but also to ER staff and local therapists. 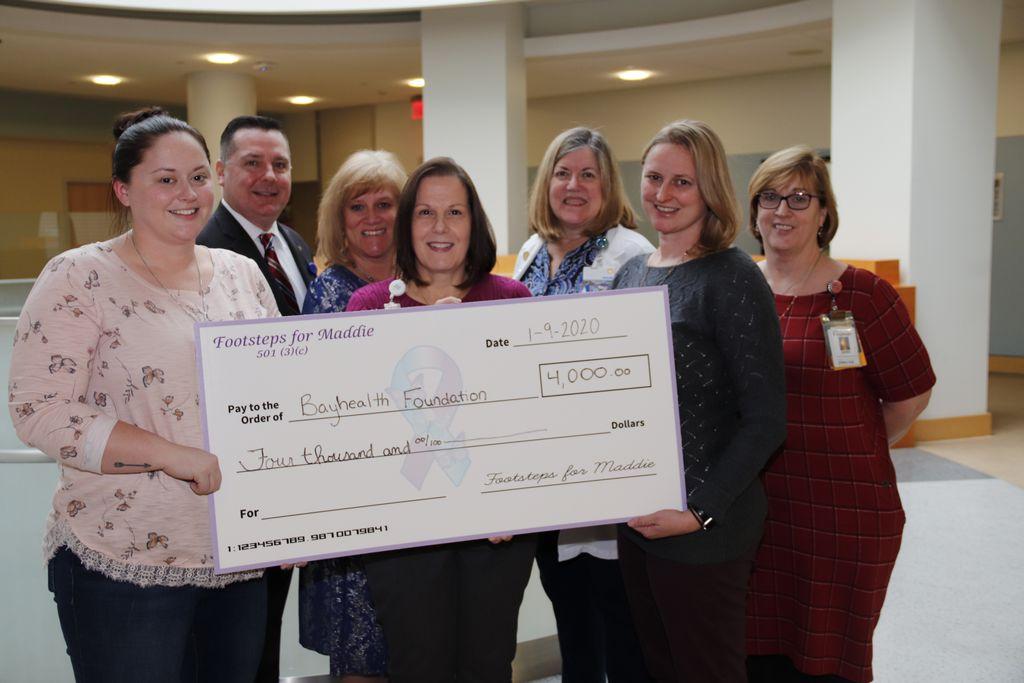 Footsteps for Maddie making a $4,000 donation to the Bayhealth Foundation. Photo Provided

Tell us about the annual Footsteps for Maddie 5k and what made you decide to have a 5k to raise funds and bring awareness to pregnancy and infant loss.

Christie: The annual 5K run/walk is held at Killens Pond State Park, Felton, DE every October. October is National Pregnancy and Infant Loss Awareness Month. The decision to hold a 5K came in a dream. I woke up one day after Madelyn’s passing and told my husband that Maddie told me to hold a 5K. It took a while to figure out where to donate the money that would be raised. Footsteps for Maddie partners with Fusion Racing and one of their founders gave the idea to keep the donations local and to contact the local hospitals. After talking to the hospitals, we learned they were desperate to be able to help families who experience a loss. The funds were very limited for these programs, it only seemed fitting to donate to these programs. Very quickly we have learned that there is little awareness for pregnancy and infant loss and have made that our mission.

What has been the most challenging part starting Footsteps for Maddie?

Christie: Pregnancy and infant loss have always been a taboo subject, even grief is a taboo subject. Getting communities in Kent County to support our cause was a huge challenge because people did not want to acknowledge or did not understand the topic.

What has been the most rewarding part of starting Footsteps for Maddie?

Christie: Breaking those taboo barriers has been so rewarding. Hearing families talk about their children for the first time in public brings people together and they know their child will never be forgotten. One in 4 women lose a baby to pregnancy or infant loss so almost everyone knows someone who has had a loss. Some of these families have had to carry this “secret” for 40+ years and now they can talk about and honor their babies. To hear someone tell you “thank you for doing this, for bringing to attention that our babies mattered, that we still grieve, that we aren’t alone,” makes everything worth doing.

What do you hope to accomplish in 2020 with Footsteps for Maddie?

Christie: We hope to continue to provide funding to the Bayhealth Foundation. We also plan on starting a local support group for Kent County. Most of all, we hope to continue to honor and talk about those babies that are no longer with us and to bring the attention to pregnancy and infant loss.

For more information about Footsteps for Maddie visit their Facebook Page.

The next Footsteps for Maddie 5k will be held in October 2021.