At RADfertility, we understand that infertility can be a very isolating disease to face. It is important to know you are not alone. The purpose of the Making a Difference series is to highlight the dedicated organizations and individuals in the community available to help you on your journey.

The Evan David Foundation (EDF) is a Delaware foundation that helps individuals and couples afford fertility treatments that can help them. EDF was founded by Kathleen Ittel and funded with an initial start-up grant from Kathleen and Steven Ittel.

Since 2011, EDF has been a resource for RAD patients to assist with the financial portion of their journey. We had the pleasure of chatting with Kathleen Ittel to learn more about her family, the inspiration behind the foundation, and what they hope for the future. 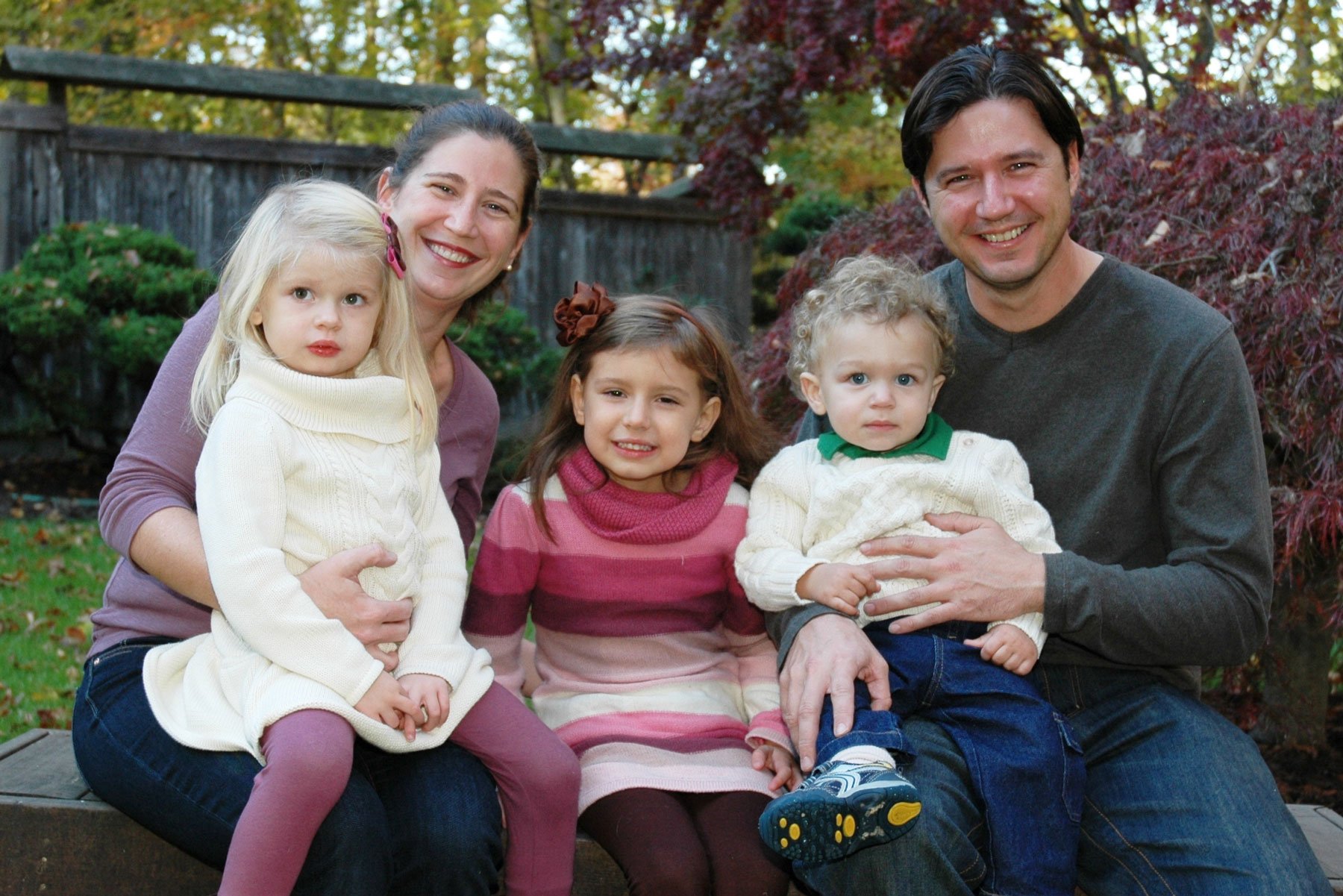 Kathleen’s children and grandchildren in 2011, including Evan!

Tell us about the start-up of the Evan David Foundation and what was your biggest inspiration?

Kathleen: Our son and daughter-in-law in California had been trying to get pregnant for over four years. Unfortunately, during that time they had suffered five miscarriages – two of them after being treated by a fertility doctor. The doctor told them there was nothing more that science could do for them. They would not be able to carry a baby to term. Our entire family was heartbroken. Meanwhile, our daughter had given birth to one child and was pregnant with her second child. She decided to tell her brother that she was willing to be a gestational carrier for them. I started crying when she told me, wondering how I could have raised such a wonderful, caring daughter!

A couple of years later our son and daughter-in-law’s embryo, frozen in liquid nitrogen, was flown cross-country to RAD, and our daughter got pregnant with Evan David. Nine months later the “miracle baby” was born – there wasn’t a dry eye in the delivery room! Our daughter had given her brother the gift of life!

Anyone who has had difficulty getting pregnant knows the euphoria that one experiences when first gazing upon their own “miracle baby”. For me, that euphoria lasted over a year. I kept thinking about how fortunate our family was that we could afford the fertility treatment that was needed, and wondering how we could help others who were experiencing difficulty having a baby. The only way I knew how to help them was financially, assisting with the costs of fertility treatment. This is why the Evan David Foundation was started.

Your family’s story is so heart-warming. What inspired your daughter to become a gestational carrier?

Kathleen: Since I only had two children, they were always close growing up, and even went to the same college. However, our son was in disbelief when his sister called and said she was willing to carry his baby. Knowing how much her brother loved children (they had both worked for four summers as counselors at a camp for children with disabilities), she couldn’t imagine the heartbreak he was experiencing, and said she just “had to help him.” Now they communicate electronically at least weekly, and visit each other every year. “Evan” even sends my daughter flowers on his birthday each year!

What was your number one goal in establishing the Evan David Foundation?

Kathleen: When our journey started, we had no idea how expensive fertility treatments were. Unfortunately, very few health insurance plans cover infertility treatment, especially IVF. We were fortunate that we could afford the IVF costs to help our son and daughter-in-law, but not everyone is. That is why I started the Evan David Foundation – to help those who would benefit from IVF treatment but cannot afford the entire cost. We do this by awarding EDF Grants of up to $5,000 to help them with the cost of whatever treatment would enable them to have a baby.

Who is applicable for grants through your foundation?

Kathleen: EDF gives financial assistance to those who do not have children, have a fairly good likelihood of getting pregnant through fertility treatments, but who cannot afford the entire cost of those treatments. This includes both women and men. So far, most of our applicants have requested EDF Grants for IVF treatment, but that is not the only thing we cover.

What is the one piece of advice that you would give to an applicant?

Kathleen: Don’t give up just because of the costs! The Evan David Foundation is only one possible source of funds. There are also companies that give loans just to help with the cost of fertility treatment. Talk with the people at RAD who can help you look for the funds you need.

What are some of your proudest accomplishments since you founded the Evan David Foundation in 2011?

Kathleen: That’s really hard to answer. I get SO excited every time one of our EDF grant recipients gives birth! But the best rewards are the emails I get from the new parents saying how much the grant helped them with their greatest wish in life, to have a baby, and this couldn’t have happened without the assistance of the Evan David Foundation! Just look at the baby pictures of some of our “Success Stories” on the EDF website – http://evandavidfdn.org – and you can’t help but smile!

How can RAD and the community support the Evan David Foundation?

Kathleen: Everything comes down to money! Our only source of funds is through donations. Spread the word about the good work we are doing! Send a donation to the address on our website: http://www.evandavidfdn.org. No amount of money is too small, and every contribution is a tax deductible charitable contribution as allowed by law, since the Evan David Foundation is a 501(c)(3) non-profit organization.

What do you hope to accomplish in the future with the foundation?

Kathleen: Believe it or not, I would like to have the foundation go out of business! Yes, I said go out of business, but for a good reason — I would like all health insurance plans to have optional infertility coverage at a reasonable cost, including several rounds of IVF treatments. Unfortunately, this is being dropped from most health insurance plans right now. That will continue unless fertility treatment is mandated by law. So contact your local government official, or the Delaware Insurance Commissioner, and tell them this is desperately needed! In the meantime, however, we would like to help a lot more women, which means that we always need donations!