Apple and Facebook Announce They Will Cover Egg Freezing For Employees

Silicon Valley companies Facebook and Apple have announced they will be one of the first companies to cover egg freezing for their employees.

Both companies have added egg freezing to a list of employee benefits that also includes coverage for adoption and fertility treatment. Egg freezing has increased in popularity since the American Society for Reproductive Medicine (ASRM) declared in 2012 that the procedure was no longer considered experimental.

But while young women choosing to freeze their eggs early can increase the likelihood of success later in life, it’s important to note that egg freezing is not a guarantee of future pregnancy. Predicting a woman’s future fertility is difficult, and there is currently no research available to help address at what point egg freezing is most beneficial. 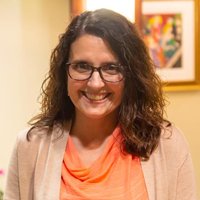 From Our Expert, Dr. Adrienne Neithardt

“Egg freezing is a great addition to the family-oriented health benefits already offered by these companies.”

In this video interview, Dr. Adrienne Neithardt explains why the addition of egg freezing to an employee’s benefits helps give them additional options to plan their families.